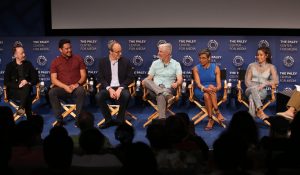 The Casagrandes now have their own show. On Oct. 14, “The Loud House” spinoff will make its debut on Nickelodeon and is bringing with it a star-studded cast. The animated comedy series spotlights 11-year-old Ronnie Anne (Izabella Alvarez), her brother Bobby (Carlos PenaVega) and their mother (Sumalee Montano). It follows them as they move to […]