As fans are still digesting all of the information that was revealed at this year’s Comic-Con, a few standout panels delivered some touching moments. One show, in particular, is gearing up to say goodbye to fans after 15 years on the air. That bittersweet fact helped produce one of the most memorable panels seen all […] 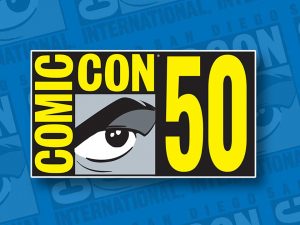 How Is San Diego Comic-Con Shaping Up This Year?

The 50th anniversary of San Diego Comic-Con is now less than a month away. New panels, activations, and parties are being announced every day. Along with the latest of what to expect, there’s also news about what not to expect. Warner Bros., Universal, and Sony are now reportedly skipping out on Comic-Con 2019. Continue Reading […]