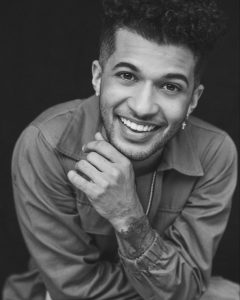 Once Upon A Time…

Since 2009, Jordan Fisher has been charming his way into our hearts with shows like “The Secret Life of the American Teenager,” “The Flash,” and Disney’s “Happily Ever After” experience. “My general love and infatuation with television and film was a big part of what influenced me,” he tells INLOVE Magazine. “One of the biggest moments […]